Chris Pritt, a Republican lawmaker from West Virginia, argued before the state legislature in West Virginia to eliminate all child support for the parent who gets custody of a child.

Chris Pritt says he wants to ban child support payments because requiring them might “incentivize abortion.”

“If she carries through with the pregnancy, he’s going to have, possibly, some sort of child support obligation,” said Pritt. “And, so, what he wants to do is, he wants to — in a sense — encourage her to go and find a way for her to get an abortion. Because he knows that a certain individual — if he has any kind if familiarity with her, he knows that she might be of such a state of mind, she must be in such a vulnerable position that it’s not worth everything that he’s going to put me through to carry this pregnancy forward. It’s going to be easier, it’s going to be better, for me to just go and terminate this ‘life.’ So she goes over to Virginia or to some other state where she goes and gets the abortion. So, I think that’s a really clear possibility if we enact the Second Amendment here, I don’t want to be doing anything that is encouraging thugs to go and get an abortion.” 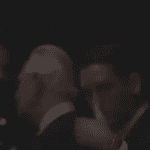