Previous Next
Advertisement
WASHINGTON - JULY 21: Donald Trump, president of the Trump Organization, displays a picture of the New York City skyline showing his Trump World Tower (R) near the United Nations as he testifies before the Federal Financial Management, Government Information, and International Security Subcommittee Capitol Hill July 21, 2005 in Washington, DC. The hearing was held on the topic of "U.S. Financial Involvement in Renovation of UN Headquarters." (Photo by Joe Raedle/Getty Images)

Former President Donald Trump dropped a bombshell after the committee subpoenaed him for his testimony.

the House committee investigating the Jan. 6 attack at the U.S. Capitol voted to subpoena Donald Trump during its final hearing on Thursday, which featured never-before seen evidence and testimony, new footage of Pelosi asking then-Virginia Gov. Ralph Northam for his state’s National Guard to come to the Capitol during the attack.

Footage released by the committee on Thursday also shows Pelosi and then-Senate Minority Leader Chuck Schumer (D-NY) on the phone with then-Secretary of the Army Ryan McCarthy, seeking the call-up of the Maryland National Guard.

New York Times correspondent and CNN analyst Maggie Haberman told CNN on Thursday that “in terms of the subpoena, for him, that is actually one of the things that has animated him. He’s been talking to advisers about how, you know, he would consider testifying if they would air it live, which is also not surprising.” However, she said, “it seems hard to imagine the committee would go for that.” Fox News, in its report, noted that the source said that Trump “loves the idea of testifying” before the committee. 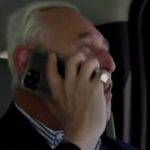