Former President Donald Trump Slams Special Counsel Investigating Him for his handling of government material found at his Mar-a-Lago residence in August.

Appearing on Thursday’s edition of The Mark Levin Show, Trump reacted to the news this week that President Joe Biden was found to have government documents in his possession, some of which are classified.

Biden took them and as vice president, he doesn’t have the rights to do this,” Trump said. “It’s a very serious problem, but it’s not a problem for me. I’m allowed to do that.”

The former president went on to say he expects more documents to be found in Biden’s possession He also criticized Special Counsel Jack Smith, who is investigating Trump.

“But this prosecutor should resign,” he said. “He’s a terrorist. He is a Trump-hater. His best friends are [Andrew] Weissmann and all of these characters. Lisa Monaco at the Justice Department, one of the top officials. This is a disgraceful situation. He should resign. His wife hates Trump probably even beyond him. And his wife and his wife has a sister who openly hates like, a level that you can’t even believe.” 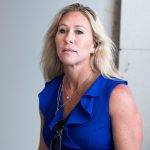 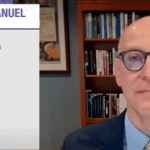