Musk has styled himself as a free speech activist during his months-long flirtation with buying Twitter, and has previously said he would reinstate Trump if he takes over Twitter.

“I do think that it was not correct to ban Donald Trump,” Musk said in May. “I think that was a mistake because it alienated a large part of the country and did not ultimately result in Donald Trump not having a voice.”

Global Head of Partnerships and Managing Partner for GroupM Kiely Taylor has Warned new Twitter owner Elon Musk that would be a very costly decision for Twitter if her clients are any indication. The Wall Street Journal reported.

The Wall Street Journal: “That would be a red line for some brands, said Kieley Taylor, global head of partnerships at GroupM, a leading ad-buying agency that represents blue-chip brands.

About a dozen of GroupM’s clients, which own an array of well-known consumer brands, have told the agency to pause all their ads on Twitter if Mr. Trump’s account is reinstated”

Trump’s account was permanently banned after the January 6 riot at the U.S. Capitol, with Twitter saying his continued presence on the platform was a “risk of further incitement of violence.” 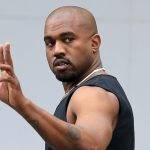 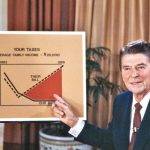