Ted Cruz criticized former President Donald Trump for not donating his money to Republican candidates ahead of the pivotal midterm elections.

“The single largest funder of Republican Senate candidates is Mitch McConnell’s Super PAC,” Cruz began. “Mitch puts all of his money behind moderates and incumbents — and conservatives get left alone. Conservatives get starved for resources and Republican donors give to that Super PAC knowing that that’s not gonna go to conservatives.”

As the conversation continued, Cruz expressed disappointment in Trump for leaving some Republican candidates in the dust

“I will say by the way — I wish Trump was spending some of his money — Trump’s got a hundred million dollars and he’s spending almost none of it to support these candidates,” Cruz said. 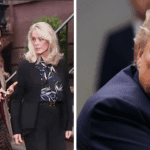