Florida Governor Ron DeSantis is facing the real possibility of going to prison over his treatment of Migrants.

in September, About 50 migrants arrived by plane in Martha’s Vineyard, Mass., on flights paid for by Florida Gov. Ron DeSantis that originated in San Antonio, Texas.

A number of migrants said at the time their flight originated in San Antonio, and that they were being transported to Boston, not Martha’s Vineyard.

“We have the governor of Florida … hatching a secret plot to send immigrant families like cattle on an airplane,” said state Rep. Dylan Fernandes, who represents Martha’s Vineyard. “Ship them women and children to a place they weren’t told where they were going and never alerted local officials and people on the ground here that they were coming. It is an incredibly inhumane and depraved thing to do.”

Migrants flown to Martha’s Vineyard by Florida Governor Ron DeSantis claim they were lured into boarding the flight with deceptive promise.

A group of Venezuelan migrants filed a lawsuit in federal court against Republican Gov. Ron DeSantis and other Florida officials who took credit for flying them to Martha’s Vineyard, alleging that they were lured onto flights through gifts and false offers of jobs and services.

Migrants said at the time It was only after the planes took off that the migrants were told their final destination was Martha’s Vineyard, according to the lawsuit.

“Defendants manipulated them, stripped them of their dignity, deprived them of their liberty, bodily autonomy, due process, and equal protection under law, and impermissibly interfered with the Federal Government’s exclusive control over immigration in furtherance of an unlawful goal and a personal political agenda,” the lawyers wrote.

the U.S. Department of Treasury is auditing & investigating “as quickly as possible” Ron DeSantis’ use of Covid relief funds to transport immigrants from Texas to Martha’s Vineyard under false pretenses

if claims that the migrants were deceived into boarding the flights are found to have standing, the legal ramifications could be serious for desantis

if they were coerced into consenting in a language they didn’t understand, or were deliberately misled, they or Massachusetts officials could charge officials responsible for fraud — or perhaps even kidnapping,” Susan Akram, professor at the Boston University School of Law, said 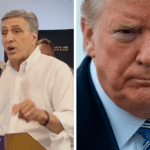 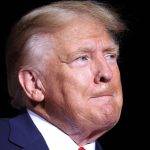