A Republican Candidate running for state senate is facing accusations he groomed and molested a female family member for years.-victim claims he installed camera in her bedroom when she was 14 to watch her on his phone

According to court documents reviewed by Mitchell Republic, Koskan allegedly raped a now-19-year-old family member since the age of 14.

‘[The woman] thought that it was ‘normal things’ that families were supposed to do,’ the South Dakota Division of Criminal Investigation wrote in its investigation after the victim reported Koskan.

The complaint also states that Koskan put cameras in her room to watch her change, forcing the victim to hide in the closet, and that he ‘would make her not wear a bra as she got older.’

The investigation was spurred May 6, 2022, when a retired DCI agent contacted county and state investigators seeking assistance in a sexual assault investigation involving a 19-year-old woman who is related to Koskan.

A hearing has been set for November 7 and Koskan could face up to 10 years behind bars. The South Dakota Democratic Party has since called on him to immediately end his campaign.

‘These allegations concerning Joel Koskan are deeply disturbing, and he should immediately end his campaign,’ state Democratic Party chairman Randy Seiler said in a statement.

‘While he will still appear on the ballot, the choice for the voters of District 26 couldn’t be clearer. Partisan politics aside, Joel Koskan should not be voting in the legislature on issues that affect South Dakota kids — or any issues at all.’ 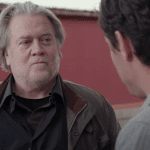