The “Pharma Bro” has some advice for Sam Bankman-Fried, the 30-year-old former billionaire founder of the collapsed crypto firm FTX on surviving prison.

Sam Bankman-Fried, the 30-year-old former billionaire founder of the collapsed crypto firm FTX, was arrested in the Bahamas earlier this month and extradited to the United States. FTX lost billions of dollars of customer funds that were allegedly funneled to a cryptocurrency firm founded by Bankman-Fried called Alameda Research.

According to federal sentencing guidelines, Bankman-Fried is potentially facing up to 115 years in prison.

Pharma Bro Martin Shkreli, who was sentenced to seven years in prison and fined millions of dollars Offered Advice for SBF on Surviving Prison.

He also doesn’t know anything about the streets and sort of criminal culture,” he said and he needed to “pick those things up as quickly as he can.”

“He should be listening to as much rap music as possible. He should be trying to learn everything there is to know about gangs, about the tough neighborhoods in every city,” Shkreli said. “This sounds funny, but this could save your life.” 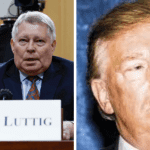 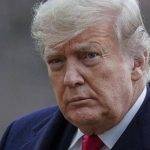