Former House GOP Speaker Paul Ryan has Spoken out against Former President Trump for the first time on camera.

“He can get his people through the primaries, but they can’t win general elections,” Ryan told Johnathan Karl, co-host of ABC’s This Week. “We get past Trump, we start winning elections. We stick with Trump, we keep losing elections. That’s just how I see it.” 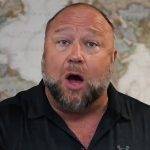