Former Vice President Mike Pence couldn’t stop himself from laughing in a new interview at the GOP’s non-Red wave at the midterms.

‘“A Win is a Win,” Pence said as he laughed about the GOP’s disappointing midterm in a wide-ranging interview with Hannity following GOP’s non-red wave midterms.

Former Vice President Mike Pence also told Fox News he still greatly regrets how his once close relationship with Donald Trump deteriorated quickly after he refused to back down on Jan. 6.

“I have to tell you that as different as the two of us are, President Trump and I actually forged a close working relationship. He was not just my president. He was my friend,” Pence recalled.

“We literally spent time together every day when we were both at the White House, sometimes up to 4 hours.”

Former Vice President Mike Pence said there was no Constitutional maneuver to overturn the results of the 2020 election.

“I knew what my duty was under the Constitution of the United States. I made that clear many times over to the president. But he had legal advisers around him that were telling him something different. And we ended up having to have a disagreement, a very loud disagreement in public.” 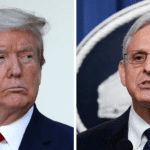 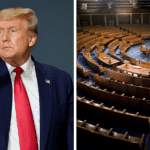