a former federal prosecutor has revealed how George Santos, a former call center employee, lent his campaign a staggering $705,000. he was working at a call center in Queens for $15 an hour.

Rep.-elect George Santos (R-NY) has sent the politico world into a tailspin admitting he lied to voters for years about some of the most fundamental facts of his life. he also falsely called himself Jewish, saying he was “Jew-ish” to the New York Post. He also falsely claimed that 9/11 ‘claimed my mother’s life.’

“George’s mother was in her office in the South Tower on September 11, 2001, when the horrific events of that day unfolded. She survived the tragic events on September 11th, but she passed away a few years later when she lost her battle to cancer,” Santos’ campaign website states.

In a December 17, 2021, radio interview on “The Voice of Reason with Andy Hooser,” Santos said that his mother got “caught up in the ash cloud” on 9/11 and that she did not sign up to get financial relief because she didn’t want to take money away from first responders.

“She was in the south tower, and she made it out. She got caught up in the ash cloud. My mom fought cancer till her death,” Santos said.

“She never applied for relief because her, her motto was, ‘I can afford it. We’re fortunate. We can take care of all our, our medical bills. If I take it, I’m taking it away from these men and women who need it and who put their lives on the line,’” Santos added.

there is no record of Santos’ mother, Fatima A.C.H. Devolder, at the World Trade Center on 9/11.

An obituary posted online says she passed away on December 23, 2016, more than 15 years after 9/11, at Elmhurst Hospital Hospice in New York.

the biggest mystery is how Santos got $705,000 despite making $15 an hour at a call center in Queens.

a former federal prosecutor has now looked into how Rep.-elect George Santos managed to loan his campaign $700,000 despite not having the means to do so.

Rep.-elect Dan Goldman, a federal prosecutor thinks Santos used an organization he created to funnel money from corporations to his campaign.

“because even his explanation, the quote, ‘multimillion-dollar — a couple of million dollar agreements’, he has said what he did is, quote, ‘capital introduction’ you don’t have a contract for capital introduction”.,” Dan Goldman says of George Santos.

“what we know very wealthy republican donors had agreements with santos the daily beast reported that. but that begs the question is this really a way to funnel even more money into his campaign for his seat in new york.’ 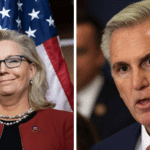