Rapper Kanye West has admitted he’s having a very bad week after he went on an antisemitic rant about “the Jews.”

West spent days posting several anti-Semitic and racist statements, which led to public outrage leading to him being dropped from a number of brands, including Adidas and Balenciaga.

“Ye”, took to Instagram Earlier this month saying: “Ima use you as an example to show the Jewish people that told you to call me that no one can threaten or influence me.”

Several days later, the rapper tweeted: “I’m a bit sleepy tonight but when I wake up I’m going death con 3 On JEWISH PEOPLE.”

“The funny thing is I actually can’t be Anti-Semitic because Black people are actually Jew also. You guys have toyed with me and tried to black ball anyone whoever opposes your agenda,” Ye added. His Twitter account was also suspended post the remarks.

On Wednesday, West was escorted out of the Skechers headquarters, and he was also removed from the Adidas line, discount brand TJ Maxx dumped West.

All of it sent West tumbling off of the “Billionaire List,” announced Forbes.

On Instagram,  West admitted he lost nearly all of his money and he also went after his talent agency which dropped him.

“I LOST 2 BILLION DOLLARS IN ONE DAY AND I’M STILL ALIVE THIS IS LOVE SPEECH I STILL LOVE YOU GOD STILL LOVES YOU THE MONEY IS NOT WHO I AM THE PEOPLE IS WHO I AM,” he ranted. 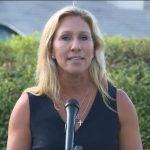 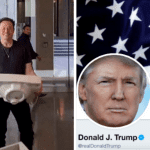