The meeting drew immediate criticism from Trump critics as well as some supporters, including David Friedman, who served as Trump’s ambassador to Israel.

“To my friend Donald Trump, you are better than this. Even a social visit from an antisemite like Kanye West and human scum like Nick Fuentes is unacceptable,” Friedman wrote in a tweet. “I urge you to throw those bums out, disavow them and relegate them to the dustbin of history where they belong.”

Trump tried to distance himself from reports he was really impressed with Nick Fuentes, but Trump’s denials gave way to confirmation from the neo-Nazi.

Fuentes confirmed the reporting, specifically name-checking Axios in a video. A source familiar with the dinner conversation told Axios that Trump “seemed very taken” with Fuentes, impressed that the 24-year-old was able to rattle off statistics and recall speeches dating back to his 2016 campaign.

“Nick Fuentes says the details in the Axios story of his meeting with Trump are accurate. Says he told Trump that he was a hero to him, but thinks he has lost his way and that the person who he most agrees with most now saying all right ‘America First’ things is Ron Desantis,” Filipkowski wrote when posting the clip.

Ye, who says he, too, is running for president in 2024, has made his own series of antisemitic comments in recent weeks, leading to his suspension from social media platforms, and companies like Adidas cutting ties with him.

Trump, in a series of statements Friday, said he had “never met and knew nothing about” Fuentes before he arrived with Ye at his club.

“Kanye West very much wanted to visit Mar-a-Lago. Our dinner meeting was intended to be Kanye and me only, but he arrived with a guest whom I had never met and knew nothing about,” Trump said in his first statement released by his campaign

As for West, he reportedly asked Trump to be his running mate taccording to someone close enough to Trump at that dinner in the bombshell Mar-a-Lago dinner — a lot more. ABC News’ Will Steakin and Olivia Rubin wrote:

A source at the dinner told ABC News that Ye asked Trump to be his vice president during the dinner and that toward the end of the meal the former president “started bad-mouthing Kim Kardashian,” Ye’s ex-wife. the report said. 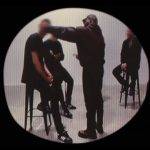