A West Virginia judge who once pulled a gun on lawyers in his courtroom resigned last week after investigators discovered he also made little girls cry and improperly spent taxpayer cash.

it has been revealed that Judge David W. Hummel, Jr. who once pulled a gun on lawyers in his courtroom also made little girls cry.

David W. Hummel, Jr. was only forced to resign after investigators discovered he violated judicial ethics rules when he made two little girls cry while aggressively questioning them regarding a case where they were allegedly sexually abused by their father.

“He is a longtime lawyer and former assistant prosecutor,” the report says. “He had absolutely no business calling a child of tender years a liar or suggesting to an impressionable six-year-old that she had engaged in some ‘sinister plan’ regarding her father.”

The commission conducting the investigation told Hummel that “when dealing with young children, judges should remember at all times that they are not wooden toys that can be repaired with ease. They are living beings with thoughts and feelings who are coming into a huge unknown called ‘court’ to talk to what a child may perceive as a scary individual called ‘judge’ and must be treated with charity, understanding, and patience.”

But the Judge was adamant that he never pulled out a gun.

“There is no incident… I absolutely, categorically deny I had a gun that day in the courtroom,” he said. “It was just me and the attorneys. I had no reason to have a firearm that day… I’ve never shown a gun in my courtroom to anybody. I don’t want them to know that I have it. I do not display my firearm at any time during trial.”

The Daily Beast has acquired a courtroom tape that shows him pulling out a pistol and briefly waving it around.

The Daily Beast points out, Hummel resigned the day before Thanksgiving after he had “become a national pariah—and the subject of jokes within the legal field 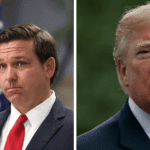 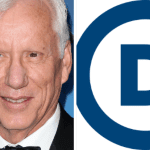