Steve Bannon was Confronted by a former Republican for still saying the 2020 presidential election was rigged against former President Donald Trump.

On this week’s The Circus on Showtime, Tim Miller, a former Republican who worked for Jeb Bush’s 2016 presidential campaign Confronted Steve Bannon in Arizona, where Trump-backed Kari Lake (R) is in a too-close-to-call gubernatorial race with Secretary of State Katie Hobbs (D).

“You’re the king of the ‘Stop the Steal’ movement,” Miller told Bannon, referencing Trump’s post-election effort to overturn the results. “What are you doing here? Shouldn’t she be running away from you? Running towards the moderates trying to get the old John McCain/Jeff Flake voter?”

“I think she’s gonna get that,” Bannon responded.

“But why is she still talking about the 2020 election?” Miller asked.

“Wait ’til the House of Representatives next year, when we have a real J6 committee–”

“You don’t really believe this shit,” Miller hit back. 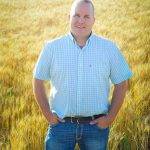 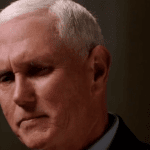