the Democrats pick for speaker has a real outside chance of overtaking Kevin McCarthy to hold the House speakership for the Democrats.

Republicans will have a majority in the House come January, and therefore will have the opportunity to elect the speaker. the good news for dems is that Voting for House speaker doesn’t require the 218 votes we all thought, giving Dems the chance to overtake Kevin McCarthy and hold on to the House speakership with the GOP’s majority shaping up to be remarkably narrow, losing five votes will bring McCarthy below 218 votes in support of his speaker bid. McCarthy is down 20.

conservative Rep. Andy Biggs (R-AZ) is Challenging Kevin McCarthy doubling down on his House speaker challenge to McCarthy, who has been strategizing for the possibility that he won’t get the necessary 218 votes in the first round, and he and his team have been shoring up support by offering influential committee assignments and more power in the legislative process, reported CNN.

Dems could overtake Kevin McCarthy if the dem candidate gets all house dem votes and McCarthy loses 20 GOP votes. the speaker simply needs to earn a majority of votes cast “for a person by name.” if 20 legislators decide not to vote at all or vote “present,” only 208 votes of the 415 votes cast would be needed for a speaker to be elected.

The GOP will have 222 members next year. If all 20 McCarthy GOP opponents vote ‘Present,’ that means McCarthy only gets 202 votes. If all 212 Democrats vote for Hakeem Jeffries, he becomes speaker. 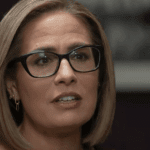 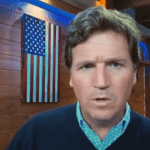